The machine is a Hurco KM3 with original BX controller, from 1984. Was ran exclusively by my father since bought in '84. Problem began to show sometime in the 6 months before work began, with a carbonised servo lead sending ~60v into the logic boards. Although replacements were tried, just couldn't iron out some of the problems with the servo system.

Added a new spindle encoder to give Rigid Tapping.

Kept most of the left hand side of the controls, so mostly hardware controlled. Added a sealed kiosk keyboard/mouse that is used primarily for NativeCAM (Wrote a new helical routine for it, which Fern has incorporated into the released package now)

Added some new logic to the Trajectory Planner to give a new emcmotStatus field to indicate what axis (X,Y,Z) is currently moving, to allow the independent Z feed override the Hurco used to have (A feature my father was very fond of when ramping / drilling into unknown and exotic materials)

Video of the machine pocketing out Acetal for a mould pattern: 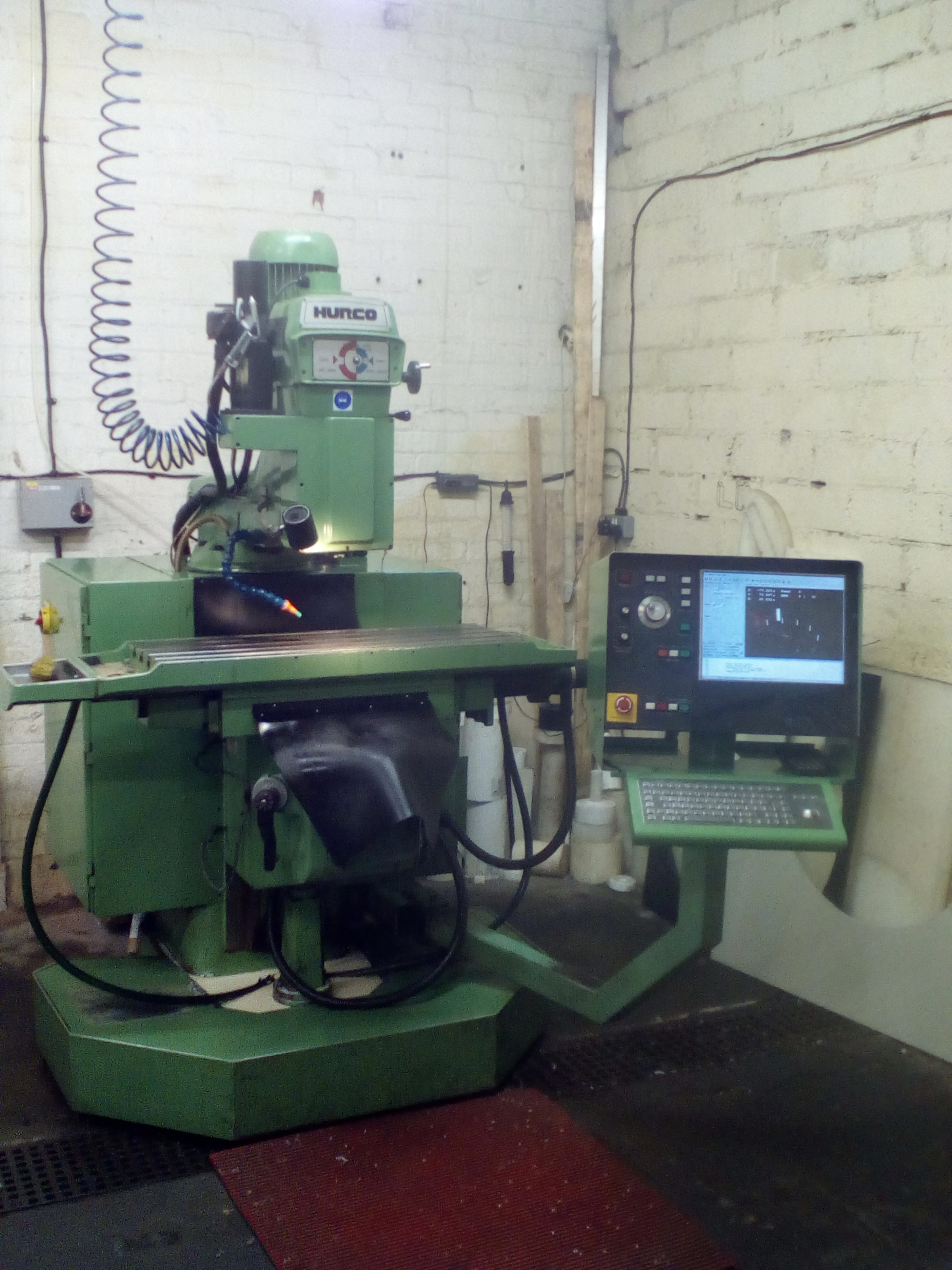 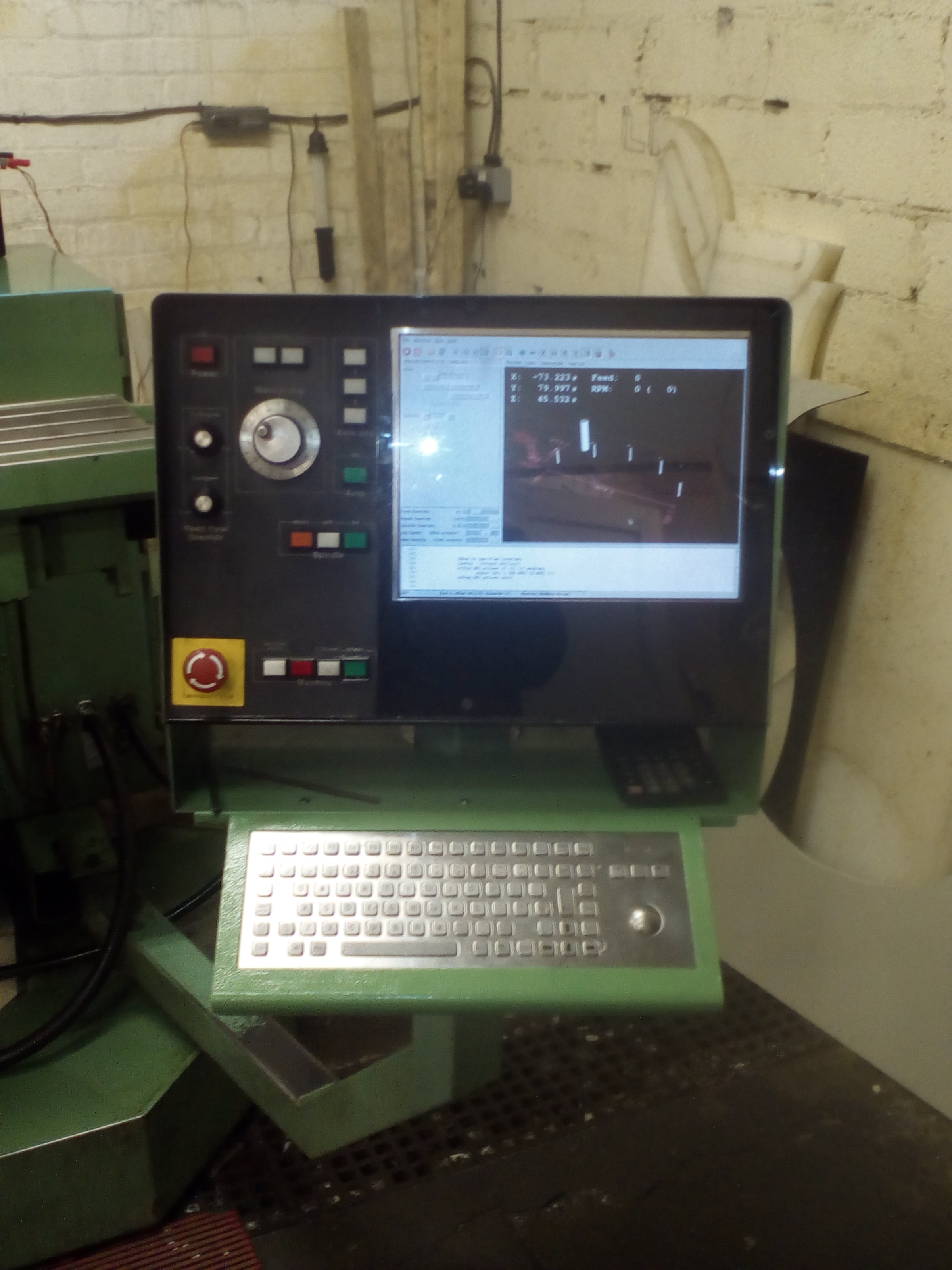 (The Mesa boards in their housing, mounted into the original logic board housing) 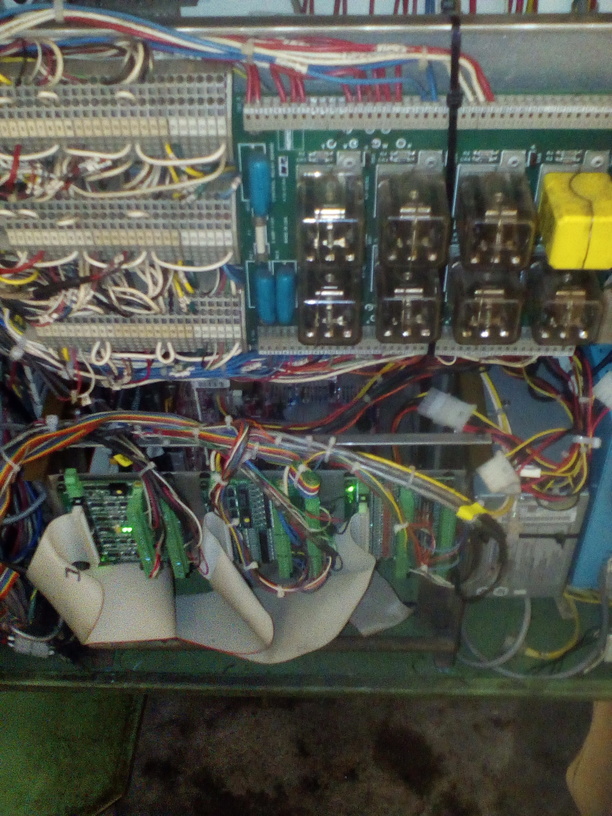 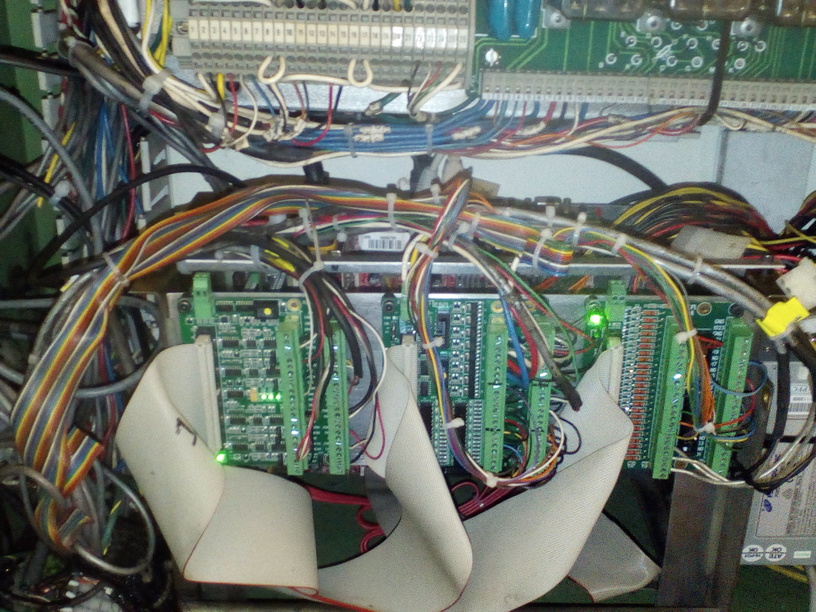 (How the control cabinet looked before) 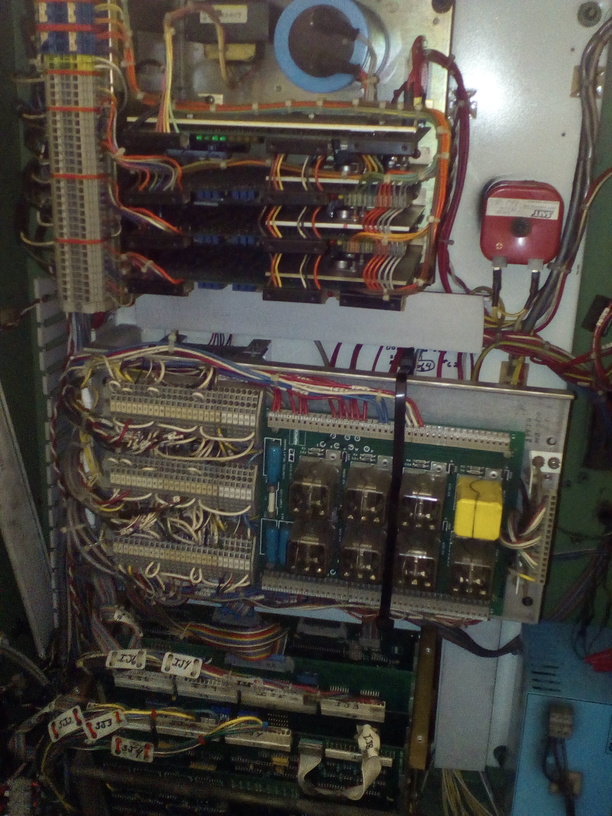 Less More
13 Jun 2017 22:53 #94483 by andypugh
Replied by andypugh on topic Hurco KM3 Retrofit
I had a keyboard like that on my Lathe/Mill combo. It was really annoying in that it had no Ctrl key. (makes sense in a Kiosk keyboard)

Yeah, the keyboard was a pain when I was trying to hack on some custom comps, since I use Emacs as my editor of choice with c; had to switch to a spare wireless keyboard for a few hours!