Less More
11 Sep 2017 21:37 #98853 by robertspark
Mesa THCAD Model was created by robertspark
I do this with all my hardware and create models which I can then use to plan out and lay out my CNC drive case, hence you'll find a few other models listed there too that I've done (I tend to post only the ones that look any good, hence I've a few rough ones which would need improving graphically before uploading them)

Hence as I'm now in posession of a THCAD-10, I thought I'd draw it in inventor as a solid part.

I mainly do this so that I can setout my mounting hole spacing for a backplate which allows me to either plasma drill, mark or dimple the holes for later manual drilling in the correct location along with the standoffs.

I will post the 7i76e model when it's available.

A coloured pinout is also available which I find is easier on the eyes than the manual (not a lot to this one, more on the 7i76e which I've completed already)

Pinout is done in LibreOffice Draw, model done in inventor as a solid object, and expoted to various other formats in case anyone is interested / wondering, including IPT, STL, DWG, DXF, IGS, STP, etc.
The following user(s) said Thank You: jtc

I should have a mounting base plate file for the 7i76e and THCAD somewhere so I'll try and post it here.

[note this is meant for my file, hence it's setup for step & direction configuration as per the pinout I require and the jumper settings accordingly, mainly for my quick reference.... colour works better for me to see things] 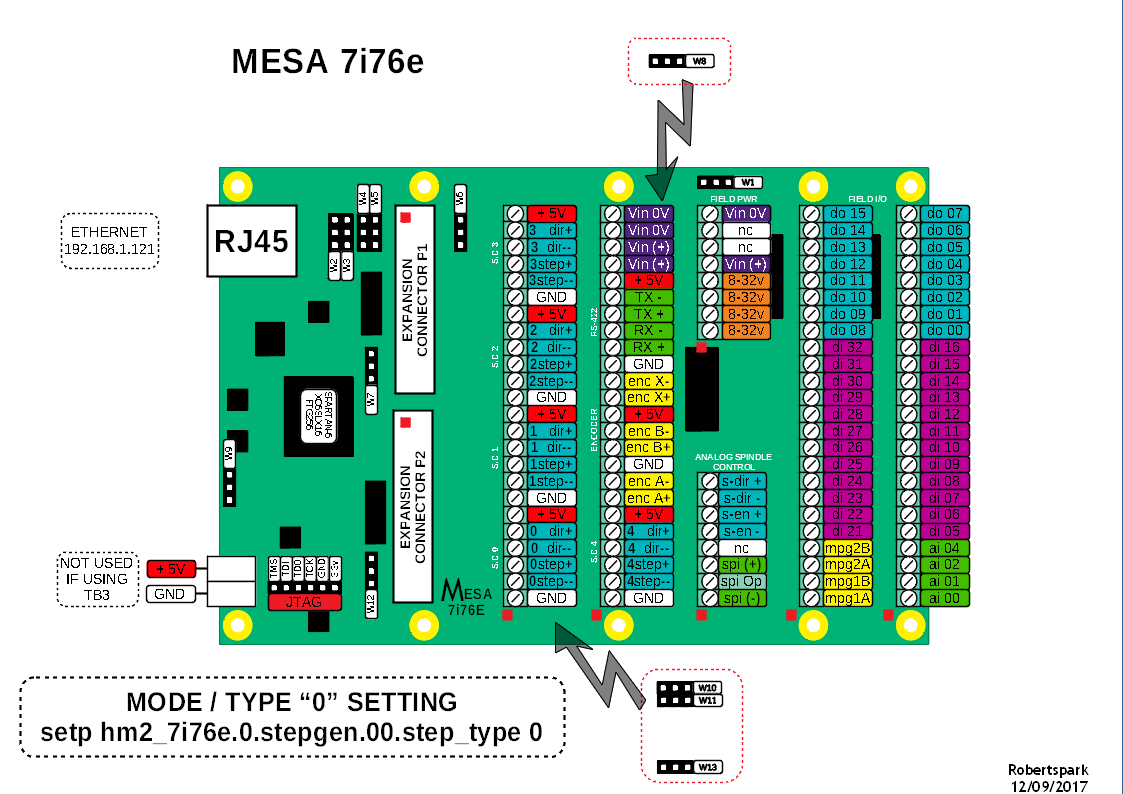 Less More
21 Jun 2018 19:48 #112738 by Omnis
Replied by Omnis on topic Mesa THCAD Model
It looks fantastic but it seems to conflict with other pinouts that I am looking at, and at the numbers indicated on the board. can you double check and clarify? 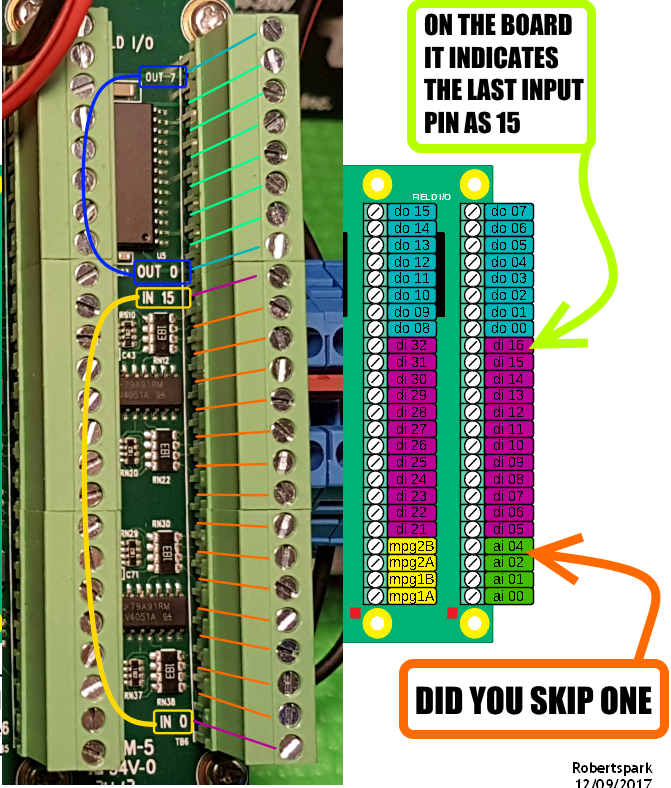