I recently purchased an pair of vers.by probe and toolsetter. After quickly connecting the probe and testing the wiring, I did my first probing and proceed to crash the probe

. This really confused me because the probe sensed the contact, but my ethercat input module did not register it. I decided to do some probing around and realize something really alarming.

The documentation indicate that the output should be an PNP transistor that is normally close: 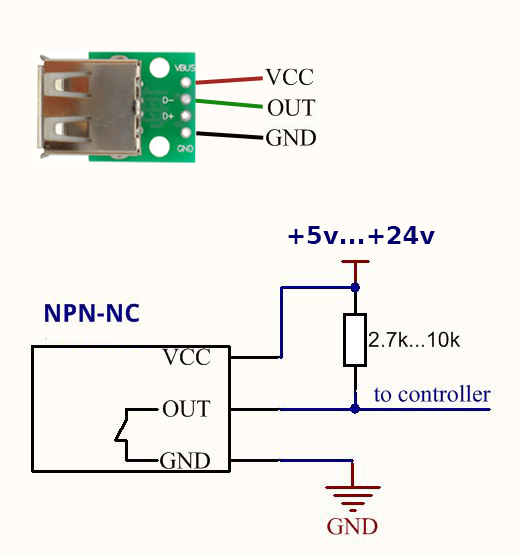 This is exactly how my connection was done: an 2.7K pull-up to 24V. However, after probing around, it look like my output terminal was only reaching ~13V when the circuit was open, just barely enough to sometime trigger my ethercat input pin. This behavior is not what is documented, so I decided to take my probe apart and do some reverse engineering to try to understand what is happening. This is the schematic I came up with:

The fix is quite simple and this is what I did in my case. You can simply replace the output transistor with an 2N7002P mosfet which is fully pin compatible and can take 60V. This is a SOT-23 chip which is small but totally doable by hand.

I hope this will prevent someone else to crash their probe.

Sorry, I forgot to take an picture of the PCB, I might add one once I replace the transistor on my second probe.

Me thinks there was something else going on.