BigJohnT wrote:
I've added part creation to my QtPyVCP plasma GUI so I can create a part then nest them and cut them out all in a few seconds. I can also test the code without firing the torch.


Will the user be able to do something like make their own part parametric template files, and have the gui analyze it and display input boxes for the user to fill in arbitrary parameters for that part?

Less More
03 Jun 2019 17:00 #135763 by BigJohnT
Replied by BigJohnT on topic QtPyVCP Plasma GUI
Any path in the form of a subroutine file can be used and nested. The GUI does not analyze the part, that is the job of the person using the GUI. You can set the X spacing, the Y spacing, the rotation and the even row offset in X to get the best nesting of the parts. When you press build and load you can see the parts on the screen and make adjustments as needed.

Oh, I was thinking about your subroutine generator feature. Do you have plans to make it easy for users to add their own customizable subroutines with parameters? (Maybe it's already super easy, I havn't looked at your code yet)

I've dabbled in programming but I know nothing about linux gui programming, but this is the idea I had in mind:
1. A ./template directory that QtPyVCP would look in for subroutine files created by the user
2. At the top of the subroutine files the user would declare their parameters for that sub. If you were real fancy the declaration could include defaults and validation rules
3. QtPyVCP could dynamically generate input fields in the gui for which ever template is selected and the user can assign values to the template's parameters
4. Click Generate Subroutine and carry on nesting or what ever for what the job requires just as you had shown in your video clip

Stop me if something like this already exists for linuxcnc, I'm still new.

If you've ever used the thingyverse.com customizer to dynamically create customized 3d models designed in openscad it's the same concept.

Is it possible for qtpyvcp to dymically generate gui like that? Maybe that's really involved and would be a time suck to implement, I don't know. I've done this kind of thing in the past with ruby and the erb templating system (not cnc related). Google says python has the mako templating system but I don't know anything about it.
Last edit: 03 Jun 2019 18:36 by AgentWD40.

Less More
03 Jun 2019 23:30 #135810 by BigJohnT
Replied by BigJohnT on topic QtPyVCP Plasma GUI
I love ngcgui but it has a major flaw, you can only do one location per subroutine and yea I know you can create a bunch of hole subs but that gets cumbersome. When Dewey added ngcgui that just lifted EMC2 (at the time) up by several notches and I still use ngcgui on my lathe for 90% of the ops because it works well for that.

For example on my mill gui you can spot, drill, ream, chamfer, thread mill, rigid tap or floating tap as many locations as you like in any order you like so it's something like a super enhanced ngcgui.

Back to plasma and you will be able to pick the nozzle with all the cut parameters for the material at hand and pick the part or make and pick the part then nest as needed. The pierce height, cut height, cut speed, kerf width is all in a database and is used for every part at touch off so no need to fill out any fields with data that is prone to error. Once your nozzle/material data is proven never mess with it again.

And to answer your question PyQt can be dynamic on what it shows, might be a bit difficult to dynamically create objects and keep a sane screen but maybe not.

Just some food for thought but in QtPyVCP you can have a MDI button that gets it's data from a widget... it's quite powerful.

Less More
06 Jun 2019 05:30 #136008 by pl7i92
Replied by pl7i92 on topic QtPyVCP Plasma GUI
hi i followed this tread now
is this somewhere available for testing on a machine myself
and more is it documented on how to implement
maybe from new install or even better from a running axis configuration

I havn't had time to document anything yet, still under development but your welcome to try it out. 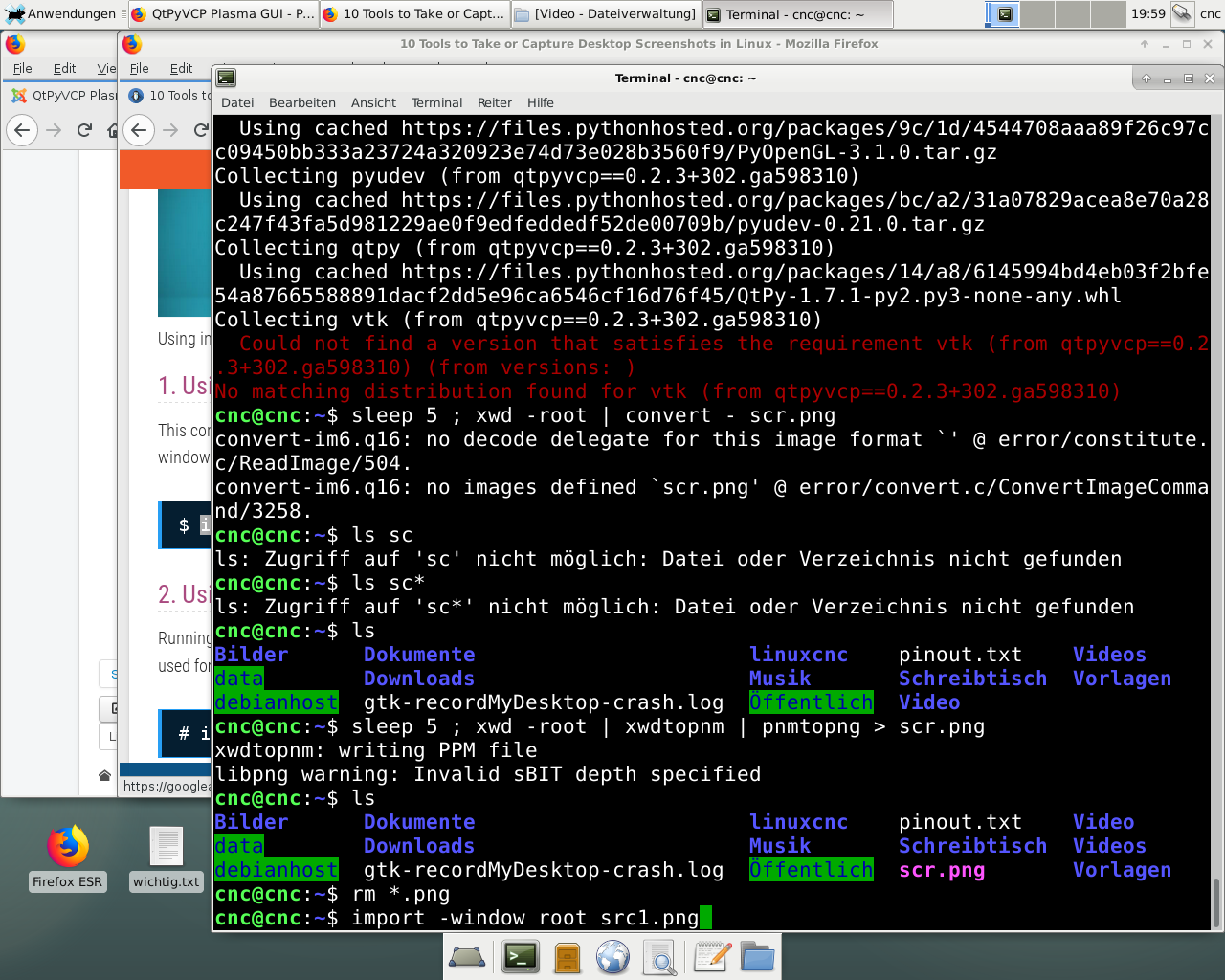 d to get a screenshot on the mashine