Less More
11 Dec 2019 17:03 #152488 by hanmon
Replied by hanmon on topic Retrofitting a 1986 MAHO 400E
Thanx !!
It took some hours.
The stock is 30mm diameter and the cutters where 2mm and 1,5mm.
I definitely need an exchangeable high-speed spindle for such small parts.
But first of all I'd like to try this GUI:
qtpyvcp.kcjengr.com/showcase/mill_vcps.html

Less More
11 Dec 2019 18:31 #152489 by RotarySMP
Replied by RotarySMP on topic Retrofitting a 1986 MAHO 400E
Have you tried Gmoccapy? I have watched the development of those new screens and it seems to me way to much focus on looking pretty, rather than functional workflow. Norbert really understands the workflow of milling, and implemented an incredibly intuitive interface in my opinion. Not overloaded with every conceivable function on a huge screen.

Let us know your experience with the new GUI.
Mark

Less More
12 Dec 2019 14:48 #152536 by J Green
Replied by J Green on topic Retrofitting a 1986 MAHO 400E
Hi Hanno
Your "First part" is impressive. So about how many hours of machine time did it take? Also, was the time continuous or over several sessions?
Really appears you have made a successful Linux conversion. I thought you mentioned wanting to use a Mesa ethernet interface board. Could you describe which boards you used and how the servo tune went? Might be interesting for others what your P D I values ended up being. Could be useful in comparing your MH400E to other MH400E machines.

How soon is your rotary table machine going to be running? Hoping you have heat in your shop .

that's a lot of details you remember.
7i84, 7i77, 7i74,7i73, 5i25 are the boards I used.
I went for them as Mark did his conversion successfully with these components.
I don't know If an Ethernet-Interface would have been better, worse, I can't tell.
Honestly, I did NOT tune my parameters yet and I'm still on Mark's settings.
Good point !!!!
The code for the part was generated by SolidCAM and the operations resp. parameters for feed and strategy I defined could have been better in retrospective.
At 3000rpm, which should have been 30krpm at 2mm diameter, it took about 7-8 hours including one manual tool change to 1.5mm. Feed was 20mm/min in 16MnCr5 steel.
There are still a lot of things to be finished/started:
- Handwheel for 4-Axis incl. DRO Display (7i73)...just ordered all parts
- fourth axis/rotary table...I will continue work next week I think
- "new" Version of LinuxCNC / QTPYVCP or new version of gmoccapy
- ATC (Automatic Tool Changer) with an 5-Axis Robot Arm...no priority

And yes, winter is coming. It's gonna be cold

I'm currently testing my Y/Z axis problems and am getting consistent following errors when I move around at G0 or G1 with the max feed set. I have to command a longer move for the following error to crop up. But if I set the feedrate to 2400 instead of 2500 the error doesn't happen. I still haven't managed to lose the signal outright as it sometimes happened before. I'm beginning to think I might have overreacted in getting a lease on a new router in August. 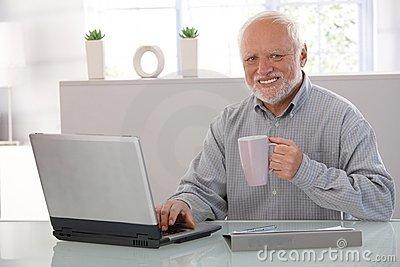 I don't have a lot of time for playing around with the mill but I'll keep testing.

Edit: I changed the max velocity in the ini file to 40 (this is in mm/sec per ini settings, so the output should be 2400 mm/min) and two things happened at the same time: the following error went away in G0 and somehow the max velocity during rapid moves stayed at 2500 mm/min. The horizontal axis has a rounded 41.6666667 mm/sec in the ini and does fine with it (has been ever since I set it up, the problem was limited to the vertical axis).

Maybe the overall efficiency of the vertical axis fell down with time and the machine couldn't keep up with what the controller was expecting. Or maybe it's good practice to avoid fractions in config files in general, since the rounding up might produce errors?

Edit 2: whatever, I'll do some milling and drilling on it and if the circuit breaker allows for running 2 CNCs at the same time then I might branch out into some light job shopping next year, that would be rather awesome. I really don't mind if the fix was easier than I'd expected, the signal loss seems unrelated to the problems that actually put me off the Maho earlier this year.

BTW Hanno, do get a speeder or a bolt-on high-frequency spindle for this kind of work. Otherwise you will lose a lot of money on endmills (unless you have a tool and cutter grinder as well). Micromachining doesn't require a lot of power but some of the spindle speed you buy might be wasted on the slow feedrates on the original Maho servo motors.

This is particularly true in light materials such as aluminum, which I was able to cut at 4000 mm/min on my router at a spindle speed of less than 18000 rpm with an 8mm three-flute carbide endmill (an expensive one, yes, but totally worth it). I could get the same spindle speed on the Maho with add-ons but it would be pointless because its max feedrates cap out at 2500 mm/min. So getting a 32000 rpm airbearing spindle speeder might just be a waste of money, as well as a 24000 rpm water-cooled spindle off ebay, if you ever only go as fast as 18000 rpm, for example. I think servo upgrades would be a great mod for Maho mills, but of course that's the most expensive thing you can change, short of maybe installing a high-end Heidenhain, Siemens or Mazatrol controller.
Last edit: 17 Dec 2019 17:50 by Glemigobles.

Less More
22 Dec 2019 16:47 #153046 by RotarySMP
Replied by RotarySMP on topic Retrofitting a 1986 Maho MH400E
Have you tried to find the max speed of the indramat drives? The Phillips 432 ran my drives at 2500mmin/min max, but they are definitely capable of more. In my LinuxCNC set up I have set 3000mm/min rapids. You could probably go faster than that too. The Acceleration is also important, there the decision is how much f_error you are willing to live with.

I spent a couple of hours today setting up the tool height setter. I've screwed something up, so this video is a call for help. I posted a specific thread about this error in the Gmoccapy forum, but thought the MAHOnista might like to see it as well.


The wiring is just a temporary cable running around and through the old tape reader hole in the cabinet. There is a 4 axis connector by my X motor, and when I next have the guards off, I want to put a connector there with enough pins for the tool height setter and the 3D probe connections.
Mark

Less More
23 Dec 2019 08:51 #153086 by Glemigobles
Replied by Glemigobles on topic Retrofitting a 1986 Maho MH400E
Can't offer much help, but I wonder where are the parameters you've set in the ini file defined? I'm thinking about the prologue and epilogue ones. Sorry if this is a stupid question, I haven't looked into toolsetting yet.

As to the axis speed, the motors can't go any faster. My Indramats are 2000 rpm max speed (of which the manual says the "useful" speed is less, whatever that means), coupled with 5 mm pitch ballscrews via a 4:1 reduction. The maximum output is rpm x pitch x reduction, which in this case actually multiplies by 0,25. The X axis is faster because the ballscrew pitch is 6 mm. To bump the speed up, you'd need to replace the motors or change the coupling to the leadscrew (or do both, since a change in the gear ratio will negatively affect the torque output as it increases the speed, so the permissable table load would change unless you got higher-torque motors). In relation to the price of these old machines, servo motor replacement is a big investment (it might even exceed the price of the mill if the motors are new and made by a well-known brand). It wouldn't make sense to change them if the table feeds were to remain the same.

Ignorance is bliss. It is a good point you make about extreme spindle rpm not helping much, if you cant contour fast enough.

I also really understand why Norbert specified a prolog and epilog file as neither appears to be defined. I suck at software, so I just tried to follow his set up instructions exactly. I'm pretty sure the solution will be some simple, obvious thing I missed.
Mark